AUSTIN — A Dallas doctor is under scrutiny from the Texas Medical Board after allegedly treating patients with unproven COVID-19 remedies including hydroxychloroquine without proper consent, and discouraging one from going to the hospital days before he died.

Dr. Ivette Lozano, according to a complaint by the board staff, treated two patients last year with medicines including zinc, vitamin B-12 and hydroxychloroquine — the anti-malaria drug praised by former President Donald Trump early in the pandemic.

The board, which licenses doctors in Texas, alleged Lozano failed to meet the standard of care and didn’t get proper patient consent for the “complementary or alternative treatment.” Research has found hydroxychloroquine shows no benefit against COVID-19.

Lozano, who practices in East Dallas, denied the allegations and she and the board are in mediation, state records show. Lozano and her attorney did not respond to requests for comment.

The formal complaint against Lozano, filed in August, is the board’s first related to questionable treatment in the pandemic, according to a spokesman. It comes as medical boards in other states are pursuing investigations into healthcare providers who allegedly promoted unproven drugs to treat COVID-19, including in Hawaii and Arkansas.

Lozano is one of several Texas doctors who has publicly pushed hydroxychloroquine as a treatment for COVID-19 in media appearances and at political rallies. The claims have been amplified by social media and at times boosted by Trump himself. Last year, the Republican retweeted a video of Houston-based Dr. Stella Immanuel touting hydroxychloroquine as a COVID-19 “cure.”

During an interview about the pandemic on a conservative radio show last month, Lozano estimated she has prescribed hydroxychloroquine to about 1,500 people.

Federal health officials have cautioned against using it to treat COVID-19, citing the risk of heart problems.

After initially authorizing the drug for emergency use early in the pandemic, the U.S. Food and Drug Administration revoked the status in June 2020 because it determined the medicine was unlikely to be effective in treating the coronavirus.

The Texas Medical Board clarified last year that it has never prohibited using hydroxychloroquine to treat COVID-19. Its off-label use is allowed, so long as physicians provide “full disclosure of treatment options, side effects, and obtain informed consent,” board president Dr. Sherif Zaafran said in an August 2020 statement.

“Licensees should not fear disciplinary action from the TMB simply for expressing their support of specific COVID-19 treatments like Hydroxychloroquine,” he said. “What providers should keep in mind is because there is no definitive cure, claims of a cure may constitute false, misleading or deceptive advertising, which is prohibited by law and may prompt an inquiry.”

Last month, the board ordered Immanuel to make certain changes after alleging she failed to give adequate information to a COVID-19 patient she treated with hydroxychloroquine, The Houston Chronicle first reported.

Immanuel, who did not admit or deny the board findings and cooperated in the investigation, must submit the documentation of informed consent for all off-label treatments she provides, according to the board’s Oct. 15 decision.

In Lozano’s case, she and the board did not reach a settlement before the formal complaint was filed on Aug. 31, records show.

The complaint takes issue with Lozano’s treatment of two COVID-19 patients in June 2020, alleging she failed to meet the standard of care, keep adequate medical records and inappropriately billed for services.

It’s not entirely clear how the board staff compiled the allegations listed in the 10-page complaint because the investigation process is confidential. The records suggest that investigators reviewed medical records and conducted interviews. The two patients are not named.

The complaint said Lozano treated both with several medicines, including hydroxychloroquine, steroids, antibiotics, blood thinners, zinc and vitamin B-12.

One patient had been diagnosed with COVID-19 months earlier. She came to Lozano with a cough, muscle aches, congestion and shortness of breath, according to the complaint. Lozano ordered extensive laboratory testing and prescribed the medications, the complaint alleged, but the patient’s medical records contained no justification for doing so. Lozano also allegedly didn’t get informed consent for what the complaint called “complementary and alternative treatment.” 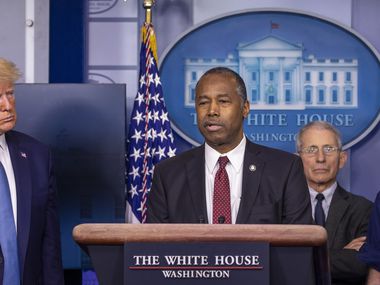 The second patient came to see Lozano when he was having difficulty breathing. She documented he had tested positive for COVID-19, but not when; Lozano didn’t confirm the diagnosis, according to the complaint. Nevertheless, the complaint alleged, Lozano treated him for COVID-19 with the medications and failed to document that she had disclosed all the risks, benefits and instructions.

The second patient required supplemental oxygen because his levels were so low, the complaint said, but Lozano allegedly discouraged him from going to the hospital by telling him a ventilator “would blow out his lungs.” She allegedly told him his lungs were normal and he had “high altitude illness,” which the complaint called an incorrect diagnosis. He died of respiratory failure at home 11 days later, the complaint said.

If mediation fails, the complaint will go before a state administrative law judge in a process that can take months. As that plays out, Lozano can continue to practice medicine.

Lozano has been licensed by the Texas Medical Board since 1993, records show. The board filed one other complaint against Lozano in 2016 for allegedly failing to release a patient’s medical records timely. It was dismissed the next year after the board and Lozano “resolved all contested issues through mediation,” board records show.