DMC accused of putting profits over patients by former surgeon

A Detroit surgeon says Detroit Medical Center and the for-profit company that runs the hospital is putting profits over patients and potentially putting lives at risk.

DETROIT (FOX 2) – A former Detroit Medical Center surgeon says the hospital and its parent company is no longer focusing on the health and well-being on the patients they’re caring for but are instead, putting the financial profits first.

Dr. Shakir Hussein started at DMC’s Harper Hospital in 2011 and was chief of their kidney transplant program. Over the next nine years, the grew to gain national recognition. That ended in 2020 when he was terminated. Shortly after, the transplant program was discontinued.

According to the surgeon, he was terminated by DMC’s parent company, Tenet, 48 hours after sending an email to the company’s general counsel. Tenet Healthcare is based in Dallas and are the for-profit owners of Detroit Medical Center.

In his email, he requested to speak with the board of directors after he says his complaints were not addressed. He read part of the email in an interview with FOX 2:

“I have witnessed unethical behavior and regulatory violations at DMC – the situation intensified this year – especially during Covid,” the 2020 email read. “As we all know, Tenet is a publicly traded corporation that deals with public safety and human lives and gets regulated and compensated by public entities like Medicare and Medicaid. The public deserves to know what is happening inside DMC – which is owned by Tenet”

Family launches search for man Sinai-Grace says was discharged, only to find out he died at hospital

According to Dr. Hussein, the problems started in 2018 when he complained about patient safety and a leading cardiologist. He said he emailed complaints to many people in power.

He did it again in 2020, shortly before the COVID-19 pandemic when he once again sounded the alarms about what he believed to be kickback violations. That’s something Tenet had faced fines for elsewhere to the tune of $500 million. He says that, once Covid started, he became even more vocal about patient safety.

Dr. Hussein said the first patient at Harper with Covid was a transplant patient, leading to more than a dozen doctors, nurses, providers having to be quarantined. He demanded DMC halt elective procedures.

“As a physician, patient safety is number one,” Dr. Hussein said. “I said we need to stop – and I didn’t say it half-hearted – I said to continue doing this is truly a crime against patients.”

He said it took an order from Gov. Gretchen Whitmer for DMC to halt elective procedures. The reason, he says, was money.

“Because a lot of money is made from these elective procedures,” Dr. Hussein said.

According to Dr. Hussein, there’s more. He said DMC was slow to get on-site testing, short on PPE, and patients were sometimes housed two to a room – without knowing if or who was positive for COVID-19.

Sinai Grace made national headlines in the spring of 2020 for short staffing and bodies piling up in hospital rooms. But dr. Hussein believes this is all a bigger problem with Tenet healthcare.

The company has facilities all over the country – and is acquiring more – but also faces questions from federal lawmakers about their use of CARES act funds. Just last week – a Detroit News article alleged short staffing, delayed care, and deaths. Anonymous nurses and doctors were asking attorney general Dana Nessel to investigate.

“The vast majority of people who raise their voice, they raised it without giving a face and a name. And I think it’s about time for more people to come out,” Dr. Hussein said.

He said these are allegations that he’s been making for years and has emailed everyone from Nessel to Detroit Mayor Mike Duggan to Governor Gretchen Whitmer and state and federal lawmakers. 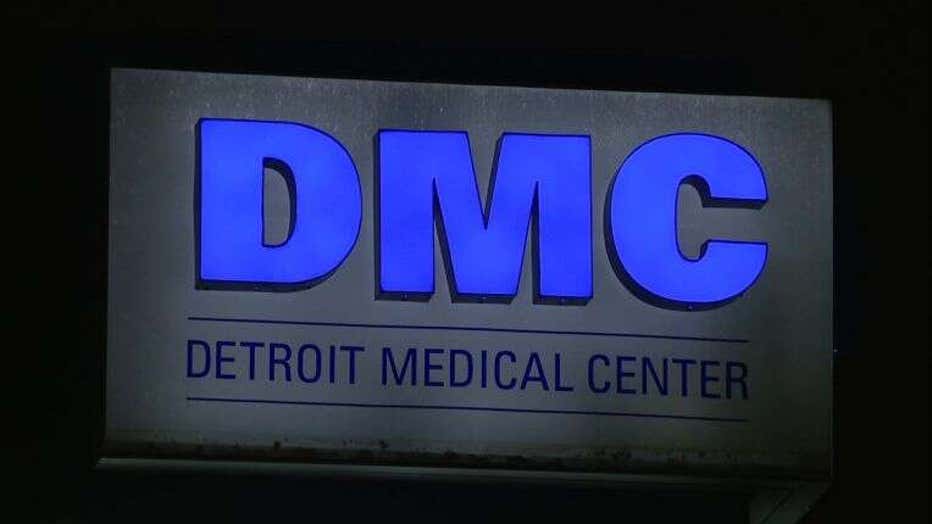 He said he’s not getting much of a response.

“I’m not a legal expert or a lawyer to know exactly whether it’s a crime or not, but I’m a physician and a doctor and I know when a patient’s life is exposed to danger,” Dr. Hussein said.  “Profit regardless of patient safety – that is the biggest problem. It means that you cut on everything: You cut on education, you cut on infrastructure, you cut on maintenance. you cut on nursing, on the staffing.”

Dr. Hussein said he’s worried about DMC’s future as other Tenet hospitals that have served low-income populations in Philadelphia and Illinois closed after Tenet sold them.

In Detroit, a city that’s seen so many people of color die from Covid, and in a state that’s pledged to end racial disparities in healthcare – he said something should be done about Tenet and DMC.

FOX 2 reached out to DMC for a comment on Dr. Hussein’s claims.

“The DMC has an unwavering commitment to provide the safest and highest quality of care and services to our community. We are proud to care for the vulnerable populations of patients we serve and are proud of the work of our staff, nurses and physicians and their unmatched dedication to our patients. As we have said previously, the decision to close the kidney transplant program was made due to several factors, including not having sufficient volume to support a high-quality program long term, which was compounded by changes in organ allocation protocols by UNOS in the Spring of 2021. The closure of the program was not a result of patient complaints or COVID protocols. Any implications that these are the reasons for the program closure are incorrect,” the statement read.

Last week, Nessel’s office said they had only just begun its investigation.