When Roxann Whitebean was diagnosed with advanced breast cancer at age 30, one of her biggest fears going into chemotherapy was losing her hair.

It wasn’t an issue of vanity, but because hair holds cultural significance in her Mohawk culture.

“Hair is a symbol of strength and honour, and it’s our style of choice to have it very long,” said Whitebean, a filmmaker and mother of four from Kahnawake, Que. “It symbolizes someone who’s whole.”

“I grew up as a traditional woman within my community … and I always felt that if I were to ever get sick, that I would just undergo traditional medicine and not western,” said Whitebean.

“For years I went to the doctors and said I think there’s a problem, I found a lump in my breast, and they would tell me that I was too young,” said Whitebean.

Instead, Whitebean choose to strike a balance between western and traditional medicine.

“When I got diagnosed the cancer was so advanced… I decided that I was going to try the chemotherapy, and it was basically out of fear.”

She decided to turn the camera on herself, becoming the subject of Thunder Blanket — a five-part documentary about her battle against the disease.

“I got diagnosed, and within two weeks we were already rolling,” said Whitebean.

“I wasn’t used to being in front of the camera … I was really emotional because everything was so new to me still, but I had a hard time getting out of my head.”

Bill Constant, from Opaskwayak Cree Nation, became her traditional Indigenous healer. Whitebean said he encouraged her decision to combine the two approaches and to make sure her other doctors knew.

“If we’re able to work together with that doctor, I think that the person’s chance of recovery would be much greater.”, said Constant.

“When we were talking [Constant] said pray for a western doctor that’ll take care of you, because some of them are very gifted healers and they work for their gods too,” said Whitebean.

The western treatment that Whitebean received included chemotherapy, radiation and a double mastectomy.

Whitebean and Constant developed a plan, which included an intense healing sweat before Whitebean started chemotherapy. She stayed in contact with Constant through her chemotherapy, but the real traditional healing began once it ended.

And when the western treatment was done, she would “detox” and regain her strength with traditional remedies.

“What we did for Roxann was we had four sweats in four days. Before she went in we made medicine for her to drink, and this medicine is to go into this area where she’s sick, to clean her out from inside,” said Constant.

“We use that intense heat to go into the place where you’re sick. In fact western medicine has recently said that cancer doesn’t survive in extreme heat.” 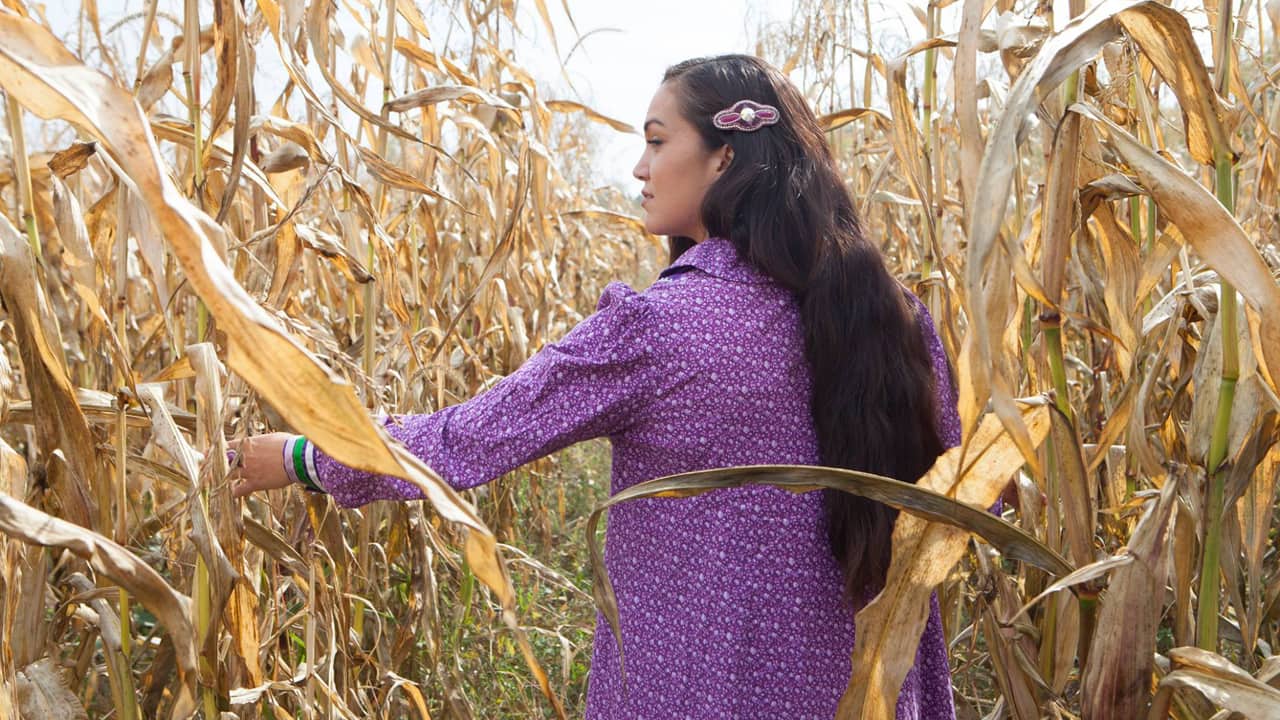 Roxann at her Indigenous healing ceremony.

When Whitebean decided to film her fight against cancer, it was driven by a desire to educate other women about trusting their own instincts when it comes to health.

“The reason we started filming this was for years I went to the doctors and said I think there’s a problem, I found a lump in my breast, and they would tell me that I was too young,” said Whitebean, who was only 30 years old when she was diagnosed.

“And I think doctors, general practitioners, need to discuss this more with oncologists, because when I did tell my oncologist this he said, there’s no such thing as being too young for breast cancer.”

This story was originally published on CBC Indigenous.