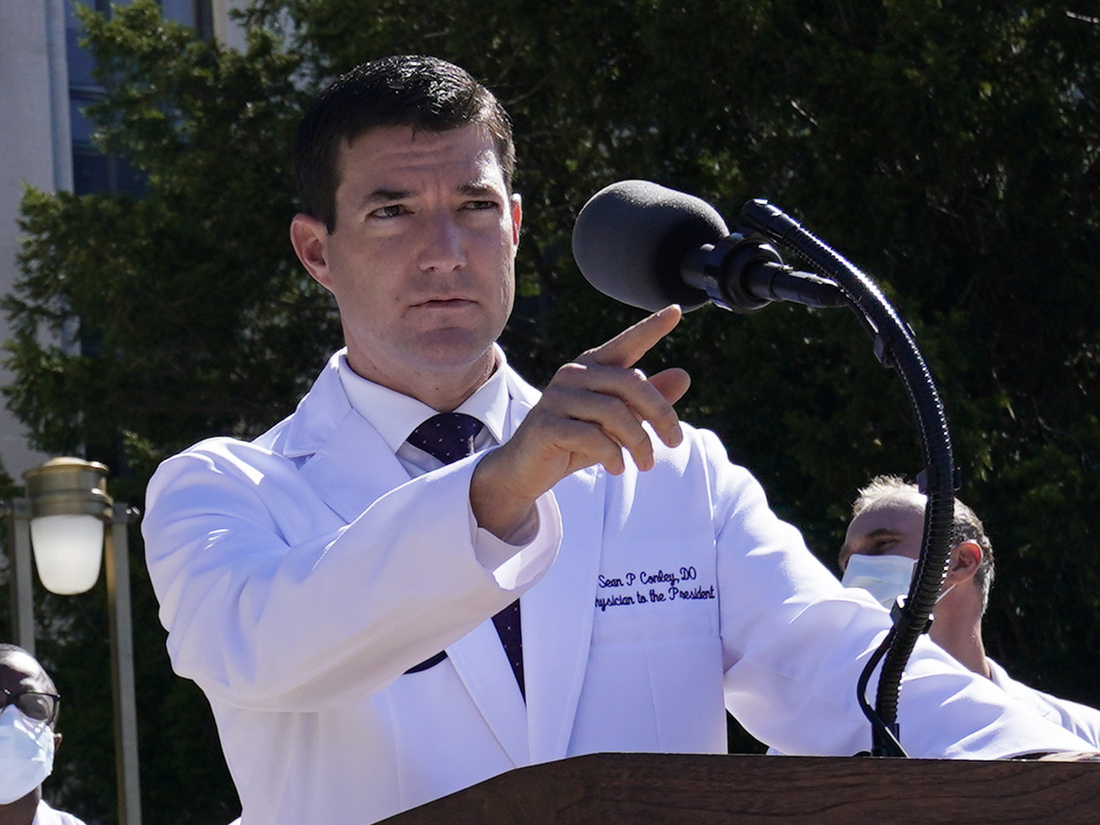 Since stepping into the role in 2018, White House physician Sean Conley has played a key part in the president’s medical care. He’s believed to be the first doctor of osteopathic medicine to serve in that position. 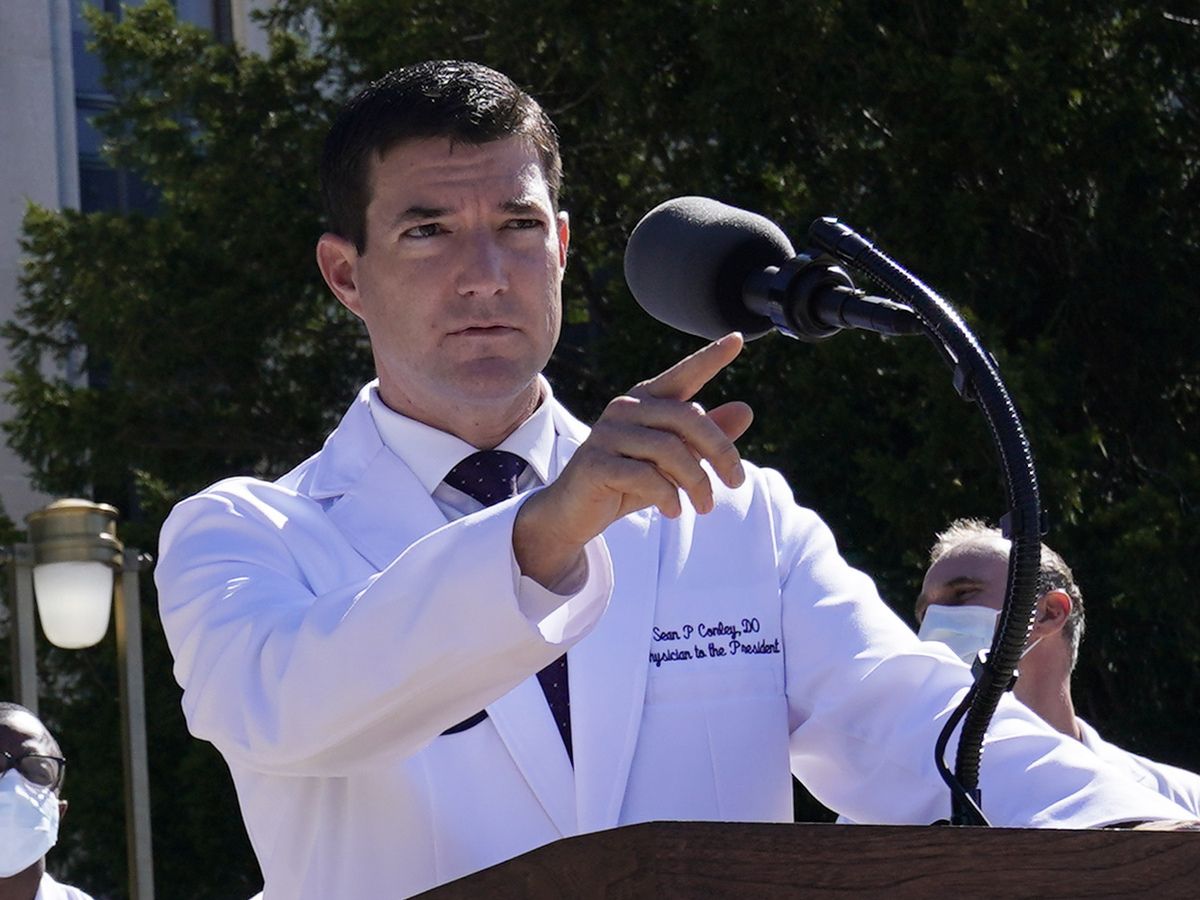 Since stepping into the role in 2018, White House physician Sean Conley has played a key part in the president’s medical care. He’s believed to be the first doctor of osteopathic medicine to serve in that position.

Since President Trump’s announcement of a positive coronavirus test early Friday, a previously little-known White House physician is now an integral source of information on the president’s condition.

Sean Conley, a Navy commander, has been Trump’s physician since 2018. It was a memo from Conley that confirmed Trump’s tweet that he and the first lady tested positive for the coronavirus.

Standing outside at Walter Reed National Military Medical Center, where Trump was admitted Friday, Conley assured reporters that the president’s symptoms were improving. But he started a series of conflicting messages when he made a reference on Saturday to being “72 hours into the diagnosis.”

He later said he misspoke, and that Trump was first diagnosed Thursday evening.

Conley took over the role from Dr. Ronny Jackson in 2018, after Jackson was nominated to be secretary of veterans affairs. (Jackson subsequently withdrew himself from consideration amid allegations he fostered a hostile work environment and behaved inappropriately on the job.)

After Trump dined with Brazilian President Jair Bolsonaro in March, members of Bolsonaro’s administration soon tested positive for the virus, including one who was at the dinner. Conley publicly stated that Trump was at low risk for the coronavirus because of limited interactions with infected individuals that “occurred before any symptom onset.”

Bolsonaro would go on to announce he had the virus in July.

Perhaps most notable of Conley’s decisions was prescribing the drug hydroxychloroquine as a coronavirus preventative in May. In a memo, Conley said he and the president had numerous discussions over the risks and potential benefits of the drug.

A study published in the New England Journal of Medicine in June found the drug does not protect against infection.

Unlike his predecessor, Conley doesn’t have an M.D. Instead he has a D.O.: doctor of osteopathic medicine. He graduated in 2006 from the Philadelphia College of Osteopathic Medicine, according to the school.

Osteopathic medicine is a field geared toward a holistic approach, focusing on the role of lifestyle and environmental factors, according to the American Osteopathic Association. Doctors in the field are fully licensed physicians. In a May 2018 blog post, the organization noted that Conley may have been the first D.O. to serve as a president’s physician.

According to a LinkedIn entry, Conley has served as an emergency physician for the U.S. Navy since 2006. Both the LinkedIn page for Conley — and a listing by the Virginia Board of Medicine — list the Doylestown, Penn., native as conducting an internship and later residency in emergency medicine at the Naval Medical Center in Portsmouth, Va., and an internship at the Naval Aerospace Medical Institute in Pensacola, Fla.

In addition to his training, Conley’s LinkedIn page lists him serving various roles at the Naval Medical Center in Portsmouth, including as a senior medical officer in the emergency medicine department.

Conley also served as the director of trauma for a NATO hospital in Kandahar, Afghanistan in 2014. It was there his team received recognition from the Romanian government for treating some of the country’s soldiers.