Amid a flurry of press conferences delivering upbeat news, President Trump’s doctors have administered an array of experimental therapies that are typically reserved for the most severe cases of Covid-19. Outside observers were left to puzzle through conflicting messages to determine the seriousness of his condition and how it might inform his treatment plan.

Though Mr. Trump may leave Walter Reed National Military Medical Center tonight to continue his recovery in the White House, the future of his health status is unclear. Physicians have warned that the president remains at a precarious point in his disease course. The coronavirus can be a tricky adversary — and for many people whose cases of Covid-19 are severe, the greatest threat to survival might not be the pathogen itself, but the deadly forces that the body marshals to fight it.

To quash the virus, the immune system unleashes an arsenal of powerful weapons. Sometimes these turn inward and destroy healthy tissues. Combatting this friendly fire has become as crucial a part of the Covid-19 treatment strategy as subduing the virus itself.

From the moment the coronavirus enters the body, the immune system mounts a defense, launching a battalion of cells and molecules against the invader.

Most people who are infected with the coronavirus recover, sometimes without ever experiencing symptoms, and do not progress to severe Covid-19. In some cases, the virus may even be brought under control before it has the chance to become established in the body.

Should the virus gain a foothold, it will swiftly infiltrate cells and repeatedly copy itself until levels of the virus, or the viral load, build up. The viral load may even peak before symptoms appear, if they appear at all.

Still, symptoms like fever, cough, congestion and fatigue — all of which have been reported in Mr. Trump — signal that an immune response is underway in the body and may be driving the viral load down. Once the immune system has finished the job, symptoms may abate without medical intervention.

In severe cases, however, the clash between the virus and the immune system rages much longer. Other parts of the body, including those not directly affected by the virus, become collateral damage, prompting serious and potentially life-threatening symptoms.

[For more details on the progression of a typical Covid-19 case, see Charting a Coronavirus Infection.]

A typical immune response launches its defense in two phases. First, a cadre of fast-acting fighters rushes to the site of infection and attempts to corral the invader. This so-called innate response buys the rest of the immune system time to mount a second, more tailored attack, called the adaptive response, which kicks in about a week later, around the time the first wave begins to wane.

In people with severe disease, however, the immune system appears to botch the timing. The first wave mobilizes too late and must play a frantic game of catch-up that persists even after reinforcements arrive. Unhindered, levels of virus rise dramatically, perhaps coaxing the immune system into prolonging its siege.

In response to the invading virus, the body rapidly deploys molecules called cytokines that act like microscopic alarms, mobilizing reinforcements from elsewhere in the body. Their arrival generates inflammation; tissues swell with blood and cells, and become warm, red and sore.

If the innate immune system makes early progress against the virus, the infection may be mild. But if the body’s defenses flag, the coronavirus may continue replicating, ratcheting up the viral load. Faced with a growing threat, innate immune cells will continue to call for help, fueling a vicious cycle of recruitment and destruction. Prolonged, excessive inflammation can cause life-threatening damage to vital organs like the heart, kidneys and lungs.

Certain cytokines, such as interferon, can also fortify cells against the coronavirus and curb its spread within the body. But scientists have discovered that the coronavirus may have the ability to delay the rise of interferon, allowing the pathogen to copy itself unchecked in severe cases of Covid-19.

Eventually, a second wave of immune cells and molecules arrives, more targeted than their early counterparts and able to home in on the coronavirus and the cells it infects.

A major contingent of this later wave are antibodies, molecules that can flag the coronavirus for destruction or block it from forcing its way into cells. In severe cases of the disease, antibodies seem to build up earlier and to higher levels than in milder cases. Experts are still unsure what consequences this robust antibody response may have on disease.

Also in the second wave are T cells, which can help immune cells called B cells mature into antibody-making machines or trigger coronavirus-infected cells to self-destruct. Some people might harbor T cells that already recognize the coronavirus, even before these individuals have been infected. Experts don’t yet know if these pre-existing T cells play any beneficial roles.

One way for doctors to fight the coronavirus is through experimental treatments that may reduce the amount of virus in the body. 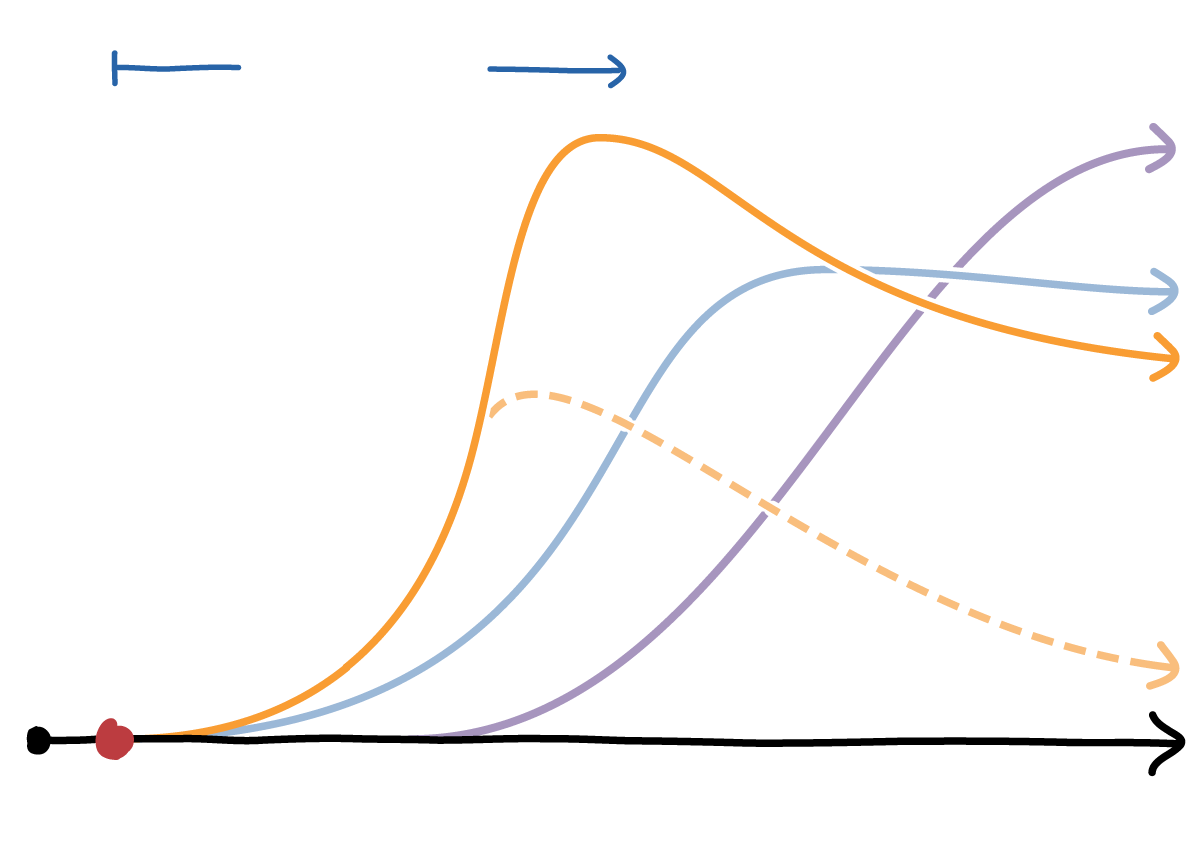 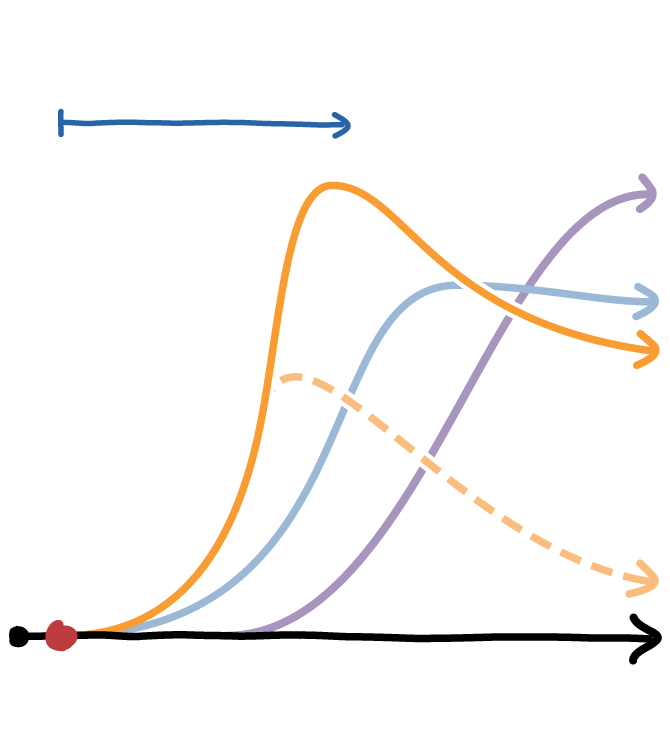 On Friday, the president received an experimental antibody cocktail developed by drug maker Regeneron. The next day he began a course of the antiviral remdesivir. Experts say such treatments might be best administered early in infection, to rein in the virus before it runs amok.

Remdesivir, on the other hand, acts on viruses that have already infiltrated cells. It thwarts the process by which the coronavirus replicates by jamming itself into new viral genes. The F.D.A. gave remdesivir emergency clearance to treat severely sick Covid-19 patients in May, after data showed it shortened hospital stays.

Several other treatments might work especially well in the early phase of disease. Some experts have noted that administering interferon shortly after infection could help reset an otherwise discombobulated immune response. But if the molecules are administered after too long of a delay, they could trigger the extreme inflammation found in seriously sick patients.

In severely sick patients, doctors might also administer treatments to tamp down an excessive immune response. 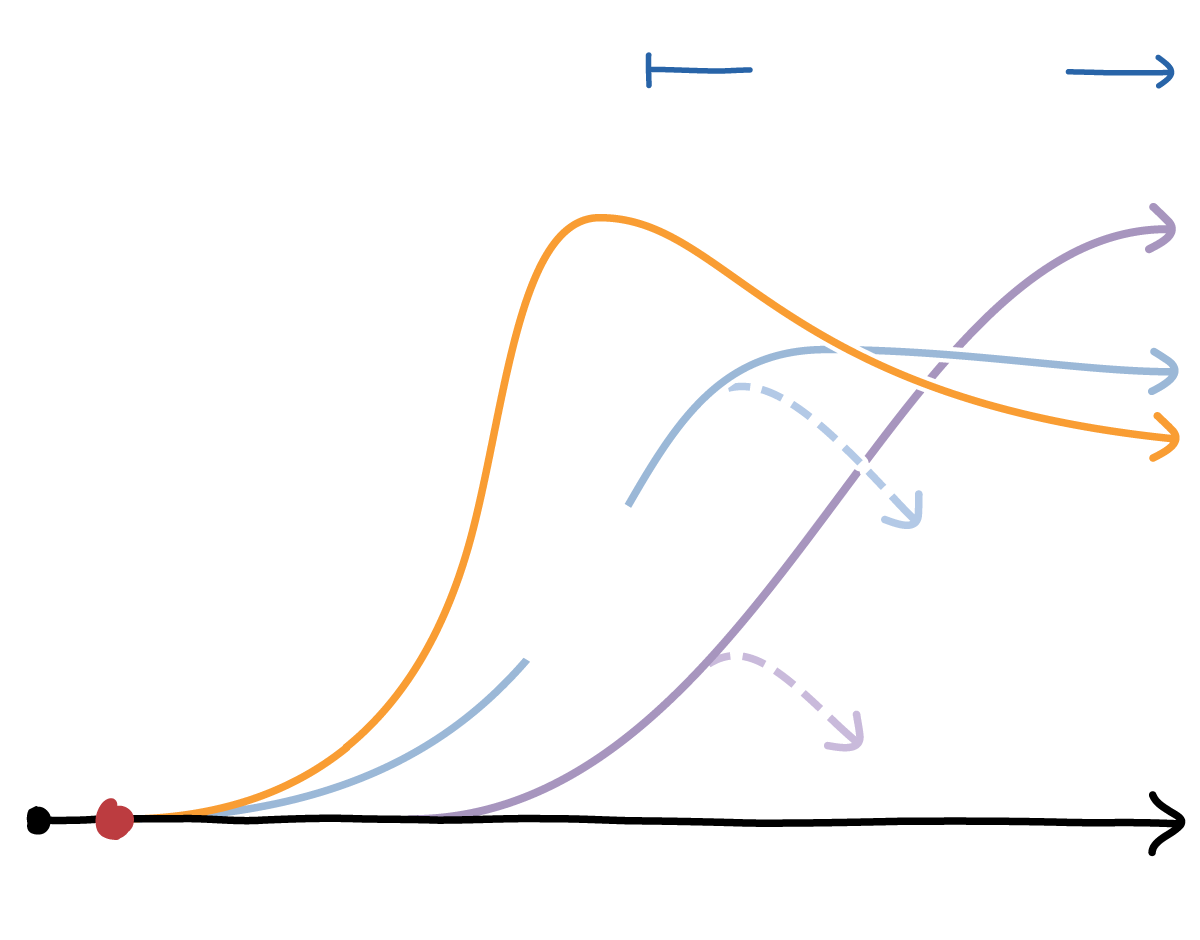 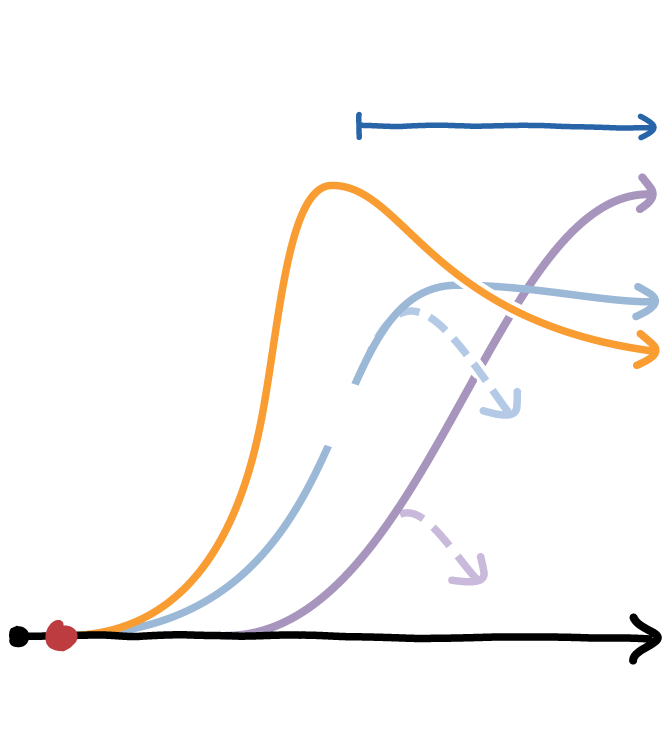 On Sunday, President Trump’s doctors reported that he had also received a course of dexamethasone, a steroid that broadly blunts the immune response by curbing the activity of several cytokines. Dexamethasone has been shown to reduce death rates in hospitalized Covid-19 patients who are ill enough to require ventilation or supplemental oxygen. But it is far less likely to help and may even harm patients at an earlier stage of infection, or those who have milder disease. Experts say that administering dexamethasone inappropriately, or too soon, could undermine a helpful immune response, allowing the virus to ravage the body.

It remains unclear when Mr. Trump contracted the virus and when his symptoms first appeared. But the acceleration of his treatment strategy strongly suggests that his condition may have been worse than officials or doctors let on.

At 74 years old and about 240 pounds, Mr. Trump occupies a high-risk age group and verges on obesity, a condition that can exacerbate the severity of Covid-19. Men also tend to have a poorer disease prognosis.

Still, many of the factors that drive severe Covid-19 remain mysterious. Several of the treatments Mr. Trump has received are inaccessible to most people, outside of clinical trials studying hospitalized patients who are very sick. To date, no fully F.D.A.-approved treatments for Covid-19 exist. And researchers are still puzzling the dynamics of a successful recovery — a line of inquiry complicated by the growing number of Covid-19 survivors who continue to experience symptoms months after their infections have resolved. What’s next for Mr. Trump, and many others like him, is an open question.