Think about aphids — those little, green, garden-destroying bugs. The bane of the begonia. But aphids exist in an ecosystem. Which is to say, those little suckers have enemies. When gardeners see aphids, it’s often ladybugs to the rescue.


There is another plague out there right now: the antibiotic-resistant bacteria currently making a home in our health care system that kills thousands each year.

But by thinking like a gardener and looking to the ecosystem those microbes originally came from, we may be able to find new ways to fight them.

For instance, researchers at Vanderbilt University recently unearthed a new kind of chemical compound that may one day help fight off antibiotic-resistant bacteria. The source? Dirt.

Dirt, it turns out, contains an entire microbial ecosystem, with a wealth of intriguing compounds. And while there are major hurdles between discovering a new drug and using it, scientists are hopeful new techniques could pay off.

Stuck in the mud

Antibiotic-resistant microbes, commonly called superbugs, have become a major health problem across the world. More than 2.8 million infections happen every year in the United States alone; more than 35,000 people will die from those infections.

But we’re not the original inventor of this class of compounds — for time immemorial, antibiotics have been deployed by the microbes themselves. Microbes, such as the myriad species of fungi, bacteria and other critters that live in the soil, live in a complex ecosystem where chemical defenses are often necessary in order to fend off or attack competitors.

In fact, soil was actually one of the great historical sources for new antibiotics.

“The vast majority of antibiotics we use today come from growing bacteria out of soil,” said Sean Brady, a chemical biologist and professor at The Rockefeller University in New York City. Though we came up with ways to make them ourselves, it was in dirt that these antibiotics were first discovered.

Streptomycin, which is often used to treat tuberculosis, came from a sample of New Jersey soil back in the 1940s, for instance.

At the time, a wealth of new medicines seemed just within reach.

Unfortunately, it turned out that soil microbes are finicky. Only a handful grow well in traditional laboratory setups, and what we could get out of them was limited. Stuck discovering the same compounds over and over again, the pharmaceutical industry’s focus shifted to tweaking the antibiotics we already had.

Returning to our roots

However, in the last few years, a number of researchers have been going back to the soil with new techniques.

One potential breakthrough came when Kim Lewis, a microbiologist and university distinguished professor at Northeastern University, and his colleague Slava Epstein, a professor of biology, figured 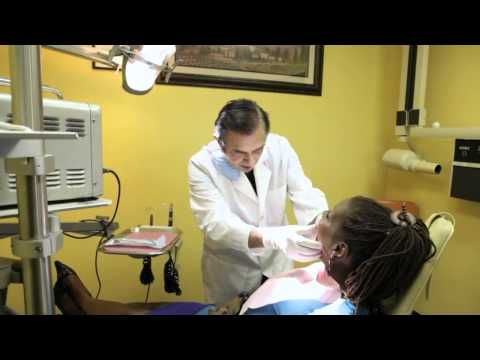 Once you go to a dentist for a routine checkup you almost certainly are available contact with a decide, a polisher, and dental mirrors. Between attempting to earn a living and taking good care of their household and houses, and their lack of ability to afford wholesome foods, they may not have a lot time, vitality or cash for exercise packages or different physical recreation. It is important to perceive that healthcare insurance coverage suppliers do not care in regards to the patient, they care in regards to the backside line.

Even so, there is a pretty big group of Americans who’re completely satisfied with their healthcare insurance coverage the way in which it is. This group consists primarily of individuals whose health insurance premiums are backed by their employers, and who’ve by no means confronted a severe sickness – but, that is. As long as these individuals stay comparatively wholesome, and don’t face premium funds that consume a big proportion of their revenue, this group will remain glad with issues the best way they’re.

Patients complain of meals impaction on the edentulous space throughout meals. Didn’t president Barak Obama promise that healthcare price can be lower? So as to counter any dangerous ideas or experiences concerning the dentist, you bought to have a positive outlook on the go to, and simply have a superb time.

Found in the healthcare bill. Dental bridges are an alternative choice for treating missing tooth when the affected person has a brief-span edentulous space (I.e. when just one or two teeth are missing). An preliminary visit will involve your beauty dentist taking an impression of your teeth and you could require some minor contouring work.

They provide membership right into a service partnership which connects patients with dental care suppliers at deeply discounted charges. I’ll be taking a better have a look at completely different points of the healthcare debate over the course of the following few weeks.…