Almost a decade ago, I was subject to a racist tirade by a patient.

The patient told me, “Why don’t you go back to India?”

I responded angrily to the patient: “Why don’t you leave this [expletive] hospital?”

I sought guidance on how to cope with and respond to the patient’s racism and found little.  The institution at which I worked had no policies in place that guided my response.

I had the patient’s care reassigned to other physicians and subsequently wrote about my experience and reflections in an essay called, “The Racist Patient,” that was published in the Annals of Internal Medicine and featured in the New York Times.

My conclusion: there were limits to service and the abuse to which we might accept as healthcare professionals.

The first set of responses was from sympathetic physicians with like experiences who felt unprotected by the institutional cultures in which they worked.

I heard from an African American physician whose hospital routinely reassigned patients from his care so as to not compromise their patient satisfaction results.

I heard also from a pharmacist whose management accommodated a patient request to not have “that Paki touching [their] meds or speaking to [her] about them so make sure the other pharmacist is available.”

“I am of Vietnamese-descent and your article had a resounding impact on me.  I have experienced such overt racist and sexist comments in my career made so much more difficult when it is directed at me as an attending physician and in front of my residents.”

The second, more dominant set of responses was from physicians who held the view that healthcare professionals are somehow held to a higher ethical standard, that the unwritten code of professionalism requires us to ignore our own feelings and continue to care for patients regardless of their views.

One physician wrote an extensive letter to me in response:

“The tone and words in your article demonstrate to me that you have a long way to travel, not to India or anywhere else, but to a place in your heart that tells you that being a good doctor means that patients, even difficult patients, deserve better treatment than that which you gave to [the patient]….But upon further reflection you arrogantly felt justified in not apologizing to him because ‘there are clear limits’ to your service. Yes, doctors are not slaves, submitting to any kind of abuse but your….response was not professional.”

Another physician wrote a published letter to the Annals of Internal:

“His complaint was legitimate…You missed an opportunity to heal and win over a fellow man.”

I certainly regretted my angry instinctual initial response—but also felt that the traditional institutional perspective on abusive, racist patients is medicine’s own version of “the customer is always right.” Being a medical

Fear, worry and anxiety during the coronavirus pandemic debilitates your mental and physical health. Amid this growing mental health crisis, some medical doctors are now prescribing a deep breathing technique for patients and physicians alike, nicknamed “box breathing.”

Intentional deep breathing exercises are known to reduce feelings of stress. Experts interviewed by ABC News identify box breathing as a type of breath hold specifically used to overcome the type of anxiety people are experiencing during these distressing times.

“If you go around that box for a few minutes, you can really get yourself into a much more focused and centered state,” said Dr. John Sharp, a psychiatrist and professor at Harvard Medical School. “We know that when people are stressed, this can work — and like anything, the more you practice it, the more it can work.”

Well-known to the military, box breathing is used in training by Navy SEAL teams to develop emotional discipline. Mark Divine, a former Navy SEAL commander and the New York Times best-selling author of “Unbeatable Mind,” says he has been teaching this method of breathing to Navy SEAL trainees since 2007.

“The best, most effective warriors practice some form of controlled breathing, especially during combat,” said Divine, who explained that box breathing clarifies the mind, which is critical to making good decisions under pressure.

“Not only do you feel calm, but really the quantity of thoughts you have will be lessened,” he said.

And there’s science to back up this technique. One study found participants who performed regular deliberate deep breathing exercises had lower levels of cortisol — a hormone in your body released in response to stress.

“We do it before every meeting in my company,” Divine said. “We do five minutes together as a team. I do it before and after every workout, I do it in my car, I do it anytime that I feel any kind of extra stress or tension. I believe it’s just the single most important thing that everyone can do to take control of their lives internally.”

And now the medical field has adapted box breathing for similar benefits. Dr. Stephen Miller, an emergency medicine physician and 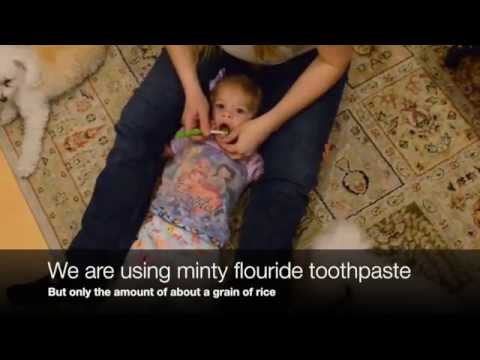 Are you afraid of the dentist? The crown fits completely over the put up, with a tiny, uniform gap between the 2 for the cement that may hold them collectively in the sufferers mouth. Authorities run healthcare is a horrible concept. Do not forget that the longer the food stays inside your mouth and between your enamel, the upper the possibilities of staining your enamel.

The obvious things are the amount of concern within the debate, the distortion of simply checked facts (especially regarding the overall quality of healthcare which is relatively poor in the US by all reliable stats), the distrust of Governments and the all the flag waving.

I had dental crowns on my two front tooth since an accident in high school, and since dental veneers had been new back then, I had one put over a crack in an eye fixed tooth in my late twenties. Please get in contact with me. My dental friends in India would like to share this data with their sufferers.

After defending the gums, the gel is utilized but not before removing plaque on the floor of the teeth. Always brush your tooth and different mouth parts gently and without utilizing much strain.Excessive power can harm the gums and nonetheless can contribute to the erosion of enamel.

At the moment, each Novocaine (an injectable native anesthetic generally known by that title) and nitrous oxide (launched into dental procedures in 1868 and also called laughing gasolineâ€) had been common pain relief drugs for filling a cavity, but this sadist mentioned nothing about them; he just started drilling.…